How to Mess Up Getting Music Samples Cleared 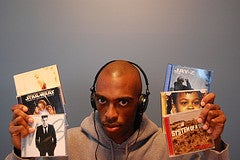 Samples have been used in recorded music for a long time.  For example, the Beatles' 1967 “I Am The Walrus” recording used a BBC radio program in its mix.  Unfortunately, most people are clueless about copyright law and sampling.  Errors are costly and it is usually cheaper to ask first.   Here are some ways to mess up using music samples and costing yourself more money than you can afford.

Getting just one clearance for a sample

The music that you want to use is protected by two copyrights.  One copyright for the performance (what was recorded) and the other copyright is for the musical composition (the song, in no matter what form).  The performance copyright will usually be owned by the record company (a long time ago, there were these profitable companies that sold music) that initially issued the recording.  The copyright for the composition is usually owner by the song's author or, more likely, the publisher (this often is a company that cannot hum a tune, but they sure can make money with the tune).  So just because you got clearance from the owner of the song, you still need clearance from the owner of the recording.  Things get even more complicated when the publishing is owned by more than one company.  Then you have to strike a deal that pleases everyone.

Re-record your own sample

Maybe you don't want to be bothered with getting clearance for a sample.  You just want to put out a song and be done with it.  So you think, “I can play by ear.  I can easily figure out how they made that riff.  Look, I learned how to slap the bass like this.  That is all they are doing.”  Not so fast.  You might be creating a new recording (performance) but you are still probably using a copyrighted song.   You cannot just bang the tune out on a different instrument, in a different style, while standing on your head.

You can play the tune yourself or hire someone to do that (there are companies specializing in that area) to avoid paying royalties on the recording, but you still will need to get clearance for the song.  If you infringe the copyrighted song, you get to pay lawyers to fight off the publishers.

Change the speed of the recording or add some effects

No dice.  This would be a “derivative work.”  You derived your recording from the original recording.  If you could just speed up or slow down a song to avoid infringing copyrights, then we would hear nothing but Chipmunk songs on the radio as stations would prefer to not pay for the songs that they play.  Re-mixing an original work does not help you.  You are still using the recording and the song.  Again, if that was allowed, then the radio stations would play only re-mixes.

Only use a very small sample

People repeat things that they don't know to be true, but sound good.  So people love to rattle off some ideas that you can use a certain maximum number of bars of a song or recording or a certain number of notes.  Well, if you believe that, go rob a bank and tell them that you only want to rob a very small amount of money.

Piggy-backing off of someone else's sample clearance

You might hear a song everywhere, such as on the radio, TV, movies, shopping malls, and elsewhere.  Just because everyone is using it, it doesn't mean that they didn't get a clearance or that you don't need a clearance. Yes, if you speed on the street in a pack of other speeders, the cop can ticket only you.  You will lose if your defense is “But everyone else was speeding faster than me.”  Yes, it is not fair.  However, life is not fair and as soon as you figure that out, you will be more at peace.  A sample clearance clears the person permitted to use the sample.  If you do not have a piece of paper clearing your use, you are not cleared, no matter if the clearance was given to your band mate, your friend, your neighbor, or anyone else.  In one recent example, Rianna got permission to sample Michael Jackson's “Wanna Be Startin' Something'” tune which chants, “mama-say mama-sa ma-ma-coo-sa.”  However, MJ got that chant from a sample of another person's recording, a Cameroonian musician named Manu Dibango.  So when Rianna thought that she was all cleared when getting clearance for the MJ song, she found out through Manu Dibango's lawsuit that she still needed to deal with him, as MJ's song included a derivative sample (allegedly).

Now that you know what not to do, turn around and make your music without getting in trouble so long as you take care of your business.  Between 70% to 80% of requests for sample use are granted.  Just ask.  Nicely.  Before you issue the music. And be prepared to sign a check.

Frederic M. Douglas is an intellectual property attorney based in Irvine, California with clients all over the world.